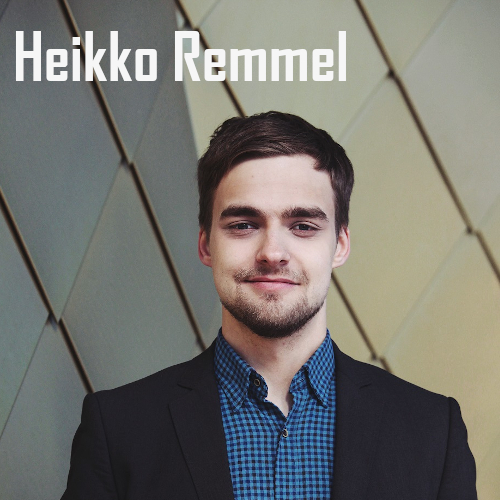 Heikko Joosep Remmel (1994) is a double bass player from Tallinn, Estonia. He is currently residing in Helsinki, Finland and
studying at Sibelius Academy. His main focus is at traditional jazz music in which he is most
renowned. Heikko is an extremely wanted ensemble partner in both classical and jazz field.
He has toured with the Glasperlenspiel Chamber Orchestra in Europe, South America and
Middle-East, has played regurarly in the Estonian National Symphony orchestra. In jazz field
he has collaborated with most of Estonian artists, Finnish jazz legends (Jukkis Uotila, Jussi
Lehtonen, Teppo Mäkynen, Mikko Innanen, Jussi Kannaste), and more international artists
(Bruce Barth, Will Winson, Eric Ineke, Lars Jansson ... )
Heikko received Estonian “Young Jazz Talent” award in 2016. He has participated in more
than 15 album recordings and has won Estonian Music Award with Arvo Pärt and Vox
Clamantis album “The Deer´s Cry“(ECM 2016). And also the Estonian Jazz record of the
year award with Sofia Rubina „In The Land of OO-Bla-Dee“(2015)